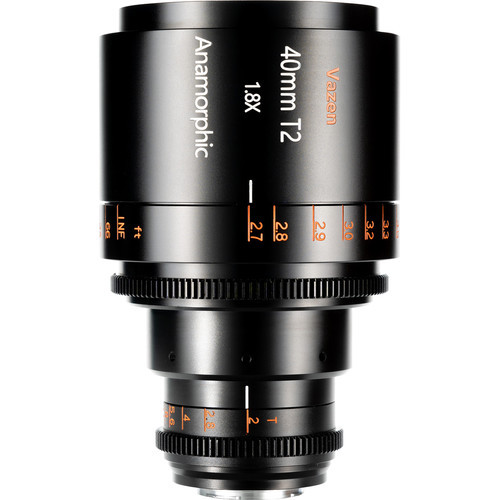 This 40mm T2 1.8x Anamorphic Lens from Vazen provides enhanced anamorphic flares and a dramatic cinematic aspect ratio to your scenes for cameras with an MFT mount. This 40mm prime lens offers enhanced blue flares, a soft, oval bokeh, and other aberrations.

The 40mm lens features a 2.7" minimum focus distance, focus marks in feet, a relatively light weight of approximately 4 pounds, and a 300° focus rotation, and it has a 95mm front diameter to fit standard matte boxes. The lens is protected with front and rear caps and comes in a hard case for transport and storage.