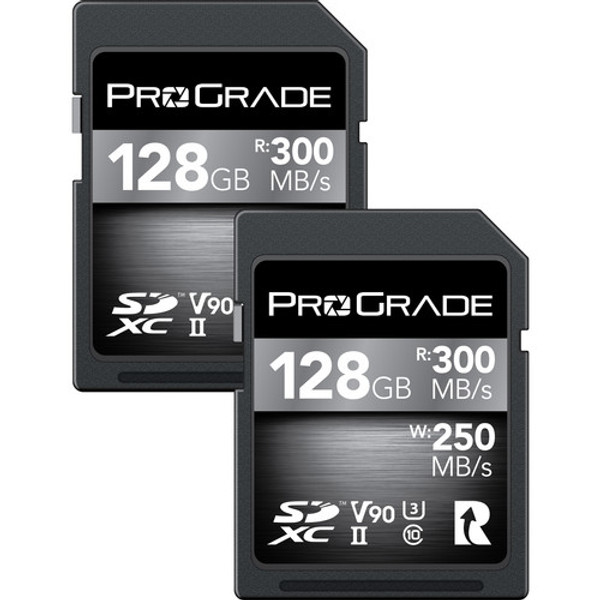 The ProGrade Digital 128GB UHS-II SDXC Memory Card (2-Pack) features a storage capacity of 128GB per card and takes advantage of the UHS-II bus to support maximum read speeds of 300 MB/s and maximum write speeds of 250 MB/s. This card has also been designed with the V90 Video Speed Class rating, which guarantees minimum write speeds of at least 90 MB/s, allowing the card to be used in DSLRs, mirrorless cameras, camcorders, and digital cinema cameras that produce rich data streams, including 6K, 5K, 4K, UHD 4K, and high bit rate MPEG-4 video. It is also well-suited for raw photos and rapid-fire bursts.

Built for extreme conditions, ProGrade Digital's 128GB UHS-II SDXC Memory Card (2-Pack) is able to withstand temperatures from -13 to 185°F, allowing you to take this card with you into extreme environments, such as snow and deserts. It is also shockproof and X-ray proof, and a built-in write protect switch helps to safeguard your content from being erased.