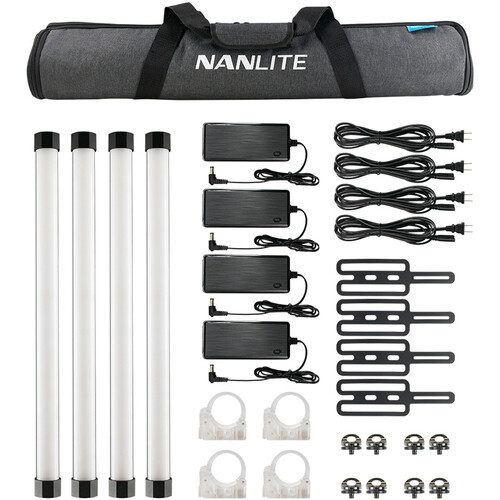 If you're looking for a unique light source with a huge host of features, look no further than this PavoTube II 15X RGBWW LED Pixel Tube 4-Light Kit with Internal Batteries from Nanlite. The kit contains four RGBWW PavoTubes, each measuring 2'. Each light tube comes with a power cord and a carrying bag. An underwater sleeve with an IP68 rating is an optional accessory that allows the tube to be submerged up to 32.8 feet.