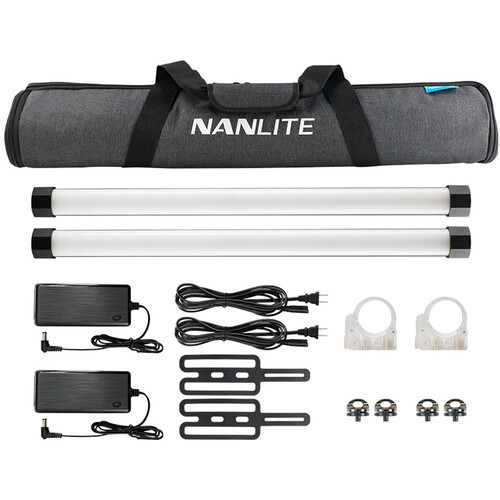 With outstanding color control, AC or battery operation, wireless operation, and the fact that it's just fun to use, this PavoTube II 15X 2-Light Kit from Nanlite checks off just about every box on your list. The kit features two PavoTube II 15X tubes, each measuring 2'. An AC adapter, clips, a carrying bag, and a 9.8' power cable are also included.