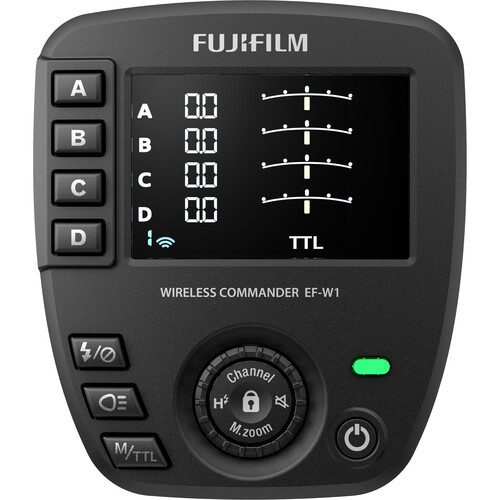 Control your EF-60 Shoe Mount Flash or up to thirty of them with FUJIFILM EF-W1 Wireless Commander that can cover a flash head range of 24 to 200mm and provides eight channels to prevent interference with other shooters, as well as four groups for separate setups. The Remote Commander is also compatible with Nissin Air System (NAS) flashes (i60A, Di700A, MG Series), and gives X-Series and GFX System users additional access to wireless freedom. The EF-W1 runs on two separately-purchased AAA batteries.