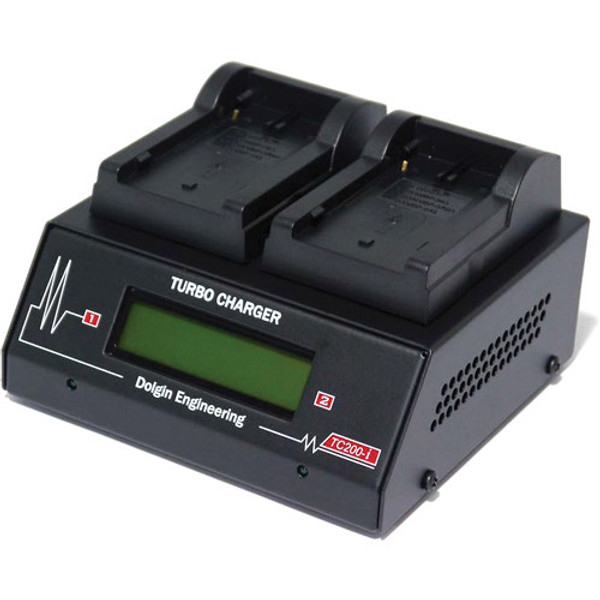 The TC200-i-TDM has an LCD screen on the front panel that displays charge status in volts, amp hours, and percentage of charge that's estimated using a proprietary algorithm. There's also an auto-detecting USB port for charging/powering mobile devices at the same time as you charge your batteries. The TC200-i-TDM is also designed with a built-in test/discharge module that allows you to determine whether a battery is new or old, and whether it's on par with its label. The TDM feature cycles the battery (fully charges and discharges it) and then provides a report on its capacity.

The TC200-i-TDM has fully independent channels and provides simultaneous charging of both batteries. Based on a capacity of 5600mAh, this particular model delivers a complete charge in approximately 3.5 hours for both batteries or when you charge a single battery.

The charger comes with a US power cord and supports worldwide power input via optional plug adapters, as well as 12 VDC car lighter power via an optional car lighter adapter (model # DE_CAR_12).