I have been producing micro-budget movies for the last 16 years, and before that was an executive at a company called Next Wave Films that provided finishing funds to exceptional micro-budget features, including the first films of directors Chris Nolan, Joe Carnahan and Amir Bar-Lev. With the early films we supported at Next Wave, like Nolan’s Following, filmmakers weren’t able to own the means of production—namely, their camera equipment and editing system. Back in those days, films were shot on film, which was expensive, and it made no practical sense to own a film camera. And buy an Avid? Ha! Did you have $100,000?

Everything changed when digital cameras came out. MiniDV, which powered the first “people’s film camera,” the Sony VX-1000, was cheap, but high-quality. Apple’s Final Cut Pro could be purchased for very little and operated on a regular desktop computer.

The first film I was involved with where we owned the cameras was called Manic. I was an Associate Producer and Next Wave provided production financing. We received two PAL PD-150 MiniDV cameras from Sony, the first two to be used in the U.S. The camera was brand new and they were demo units. That film, which starred Don Cheadle, Joseph Gordon-Levitt and Zoey Deschanel, premiered in the 2001 Sundance Film Festival and was ultimately released theatrically by IFC Films. Another film we help finance that year (with finishing funds) was a no-budget drama called Some Body, directed by first-time feature filmmaker Henry Barrial. Some Body was shot on the relatively new Canon XL-1—two of them were purchased by Barrial and his DP—the only crew members on the project. That film, shot for $3,000, also premiered at the 2001 Sundance Film Festival (and I was also Associate Producer on it), and it was ultimately released theatrically by Lot 47 Films.

Henry Barrial and I have made four features since Some Body, and in all but one of them we have purchased the camera used to shoot the movie. For our latest effort, DriverX, which is opening theatrically and On Demand through IFC Films/Sundance Selects November 30th, that camera was the powerful, but small (and inexpensive) Sony A7s. I have been teaching micro-budget filmmaking since 2005, when I founded No Budget Film School, and in my classes I go through a litany of advantages to owning the camera you shoot with on these projects. Without going through them all here, one of the biggest reasons (besides cost) is the flexibility it gives you. You’re no longer constrained by tight shooting periods that may not be necessary otherwise for your project. You have the ability to take out your camera and shoot whenever you want or need to. That freedom translates into free time, something bigger films could only dream of. 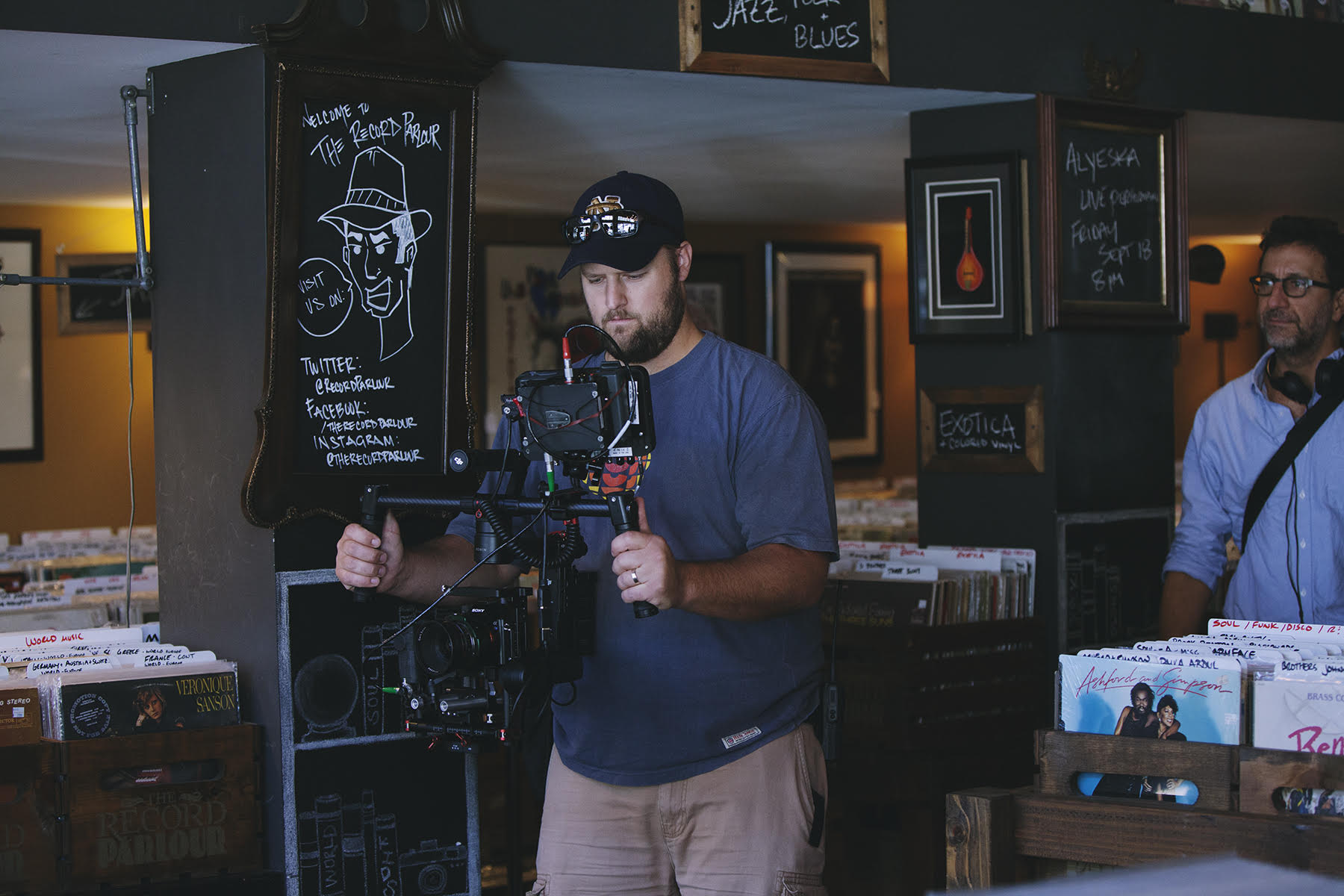 I first met Illya Freidman about 20 years ago. I was giving presentations touting the benefits of digital filmmaking (back when that was a very new idea) and he and I found ourselves on panels arguing for the same points. We became friends over the years I had always trusted his opinion on cameras and methods, especially as they related to the kind of filmmaking I was doing—micro-budget filmmaking. He knew the capability of cameras all up and down the ladder, but he understood what we indie filmmakers were trying to do at the lowest rungs. And he respected what we were doing. He knew that great stories could come out of humble budgets with inexpensive cameras. He knew what we needed at this level and maybe more importantly, what was overkill. And he kept abreast of the dynamic changes that were happening at a greater and greater pace with the technology that was affecting this part of the industry.

For us, the MiniDV breakthrough made way for the 24p breakthrough, and then that made way for the HD breakthrough, then the DSLR and large sensor breakthrough, to the 4K breakthrough, and beyond. In fact, it was the DSLR breakthrough that Illya recognized immediately, and that changed his career course. He was one of the first to realize the potential of inexpensive DSLR cameras and how they could potentially be used to shoot feature films. He looked at the then brand new Panasonic GH2 GH1 mirrorless camera and concluded that with professional lenses and proper control over those lenses (follow focus, matte box), that camera was not only capable of capturing a great image, but was also a perfect camera for micro-budget filmmaking. He went to work building a PL adapter for the GH that allowed filmmakers to use professional lenses with it, and a cage to handle rod support. I remember him walking around at Sundance with his new rig, wowing filmmakers and especially DP’s in the streets. This was a tiny, but powerful little rig, and it was affordable.

Flash way forward, and that little rig has now became a whole store—Hot Rod Cameras. When I set out to make DriverX, a film about a middle-aged stay-at-home dad who must start driving for an Uber-like rideshare company to help support his working wife and two daughters, the first person I called was Illya. I explained what we wanted to do and what kind of budget we had, (at that point, absolutely nothing), and he went to work discussing the different options available to me. After talking it through, we came to the conclusion that the A7s was the right camera for the job. Small, unbelievably capable in low light (all our driving scenes, about half the film, were shot at night in a Prius), and affordable. But just taking that advice and buying the camera online would have been a mistake. There were accessories that were needed to make the camera a true powerhouse, and a million little questions and decisions that needed to be answered and made throughout the process. I’d never worked with a camera house before, but I learned something new on DriverX, having that kind of support is priceless. Not only did I have an adviser who knew my film and knew what equipment was available to help me, I had a support staff ready to step in if something didn’t work. If a part broke or went missing, if a sensor needed cleaning, if we needed to purchase two more batteries for the camera that day, we were covered by Hot Rod and their helpful staff. 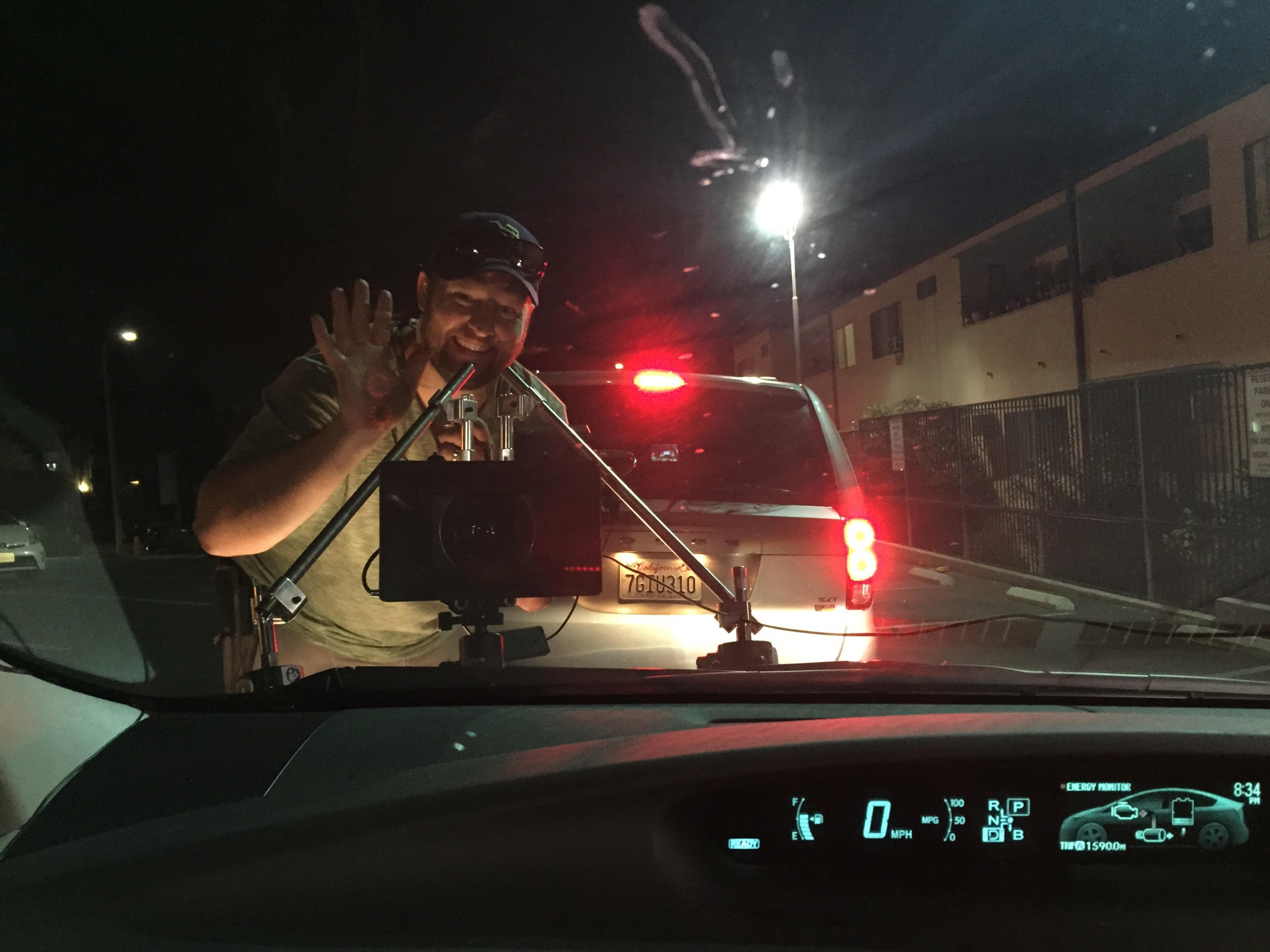 You might think all of this comes with a hefty price tag. Buying a camera at a store is so much more expensive than online, and you pay the tax, right? But that wasn’t the case. Hot Rod’s prices were competitive and the advice, as invaluable as it was, was free. I didn’t have a camera department to turn these decisions over to. Our terrific DP, Daniel Lynn, came on somewhat late in the process and our 1st AC came on right before we shot, (and that was our camera department!). Daniel was able to come in with me to the shop and look at gear we were planning to buy and help make those choices, and Illya was always available to show him the toys.

Imagine the feeling of working nearly alone on a feature film that you’re putting up the money for yourself (with 0% credit card offers), and yet still having a group of people looking out for your back, guiding you along the way, and ready at the mark to jump in with support when something inevitably goes wrong. It’s absolutely more than a micro-budget filmmaker like me could ever expect to hope for, and yet it’s available at one unique camera store, Hot Rod Camera.

Here’s what we purchased at Hot Rod for DriverX: