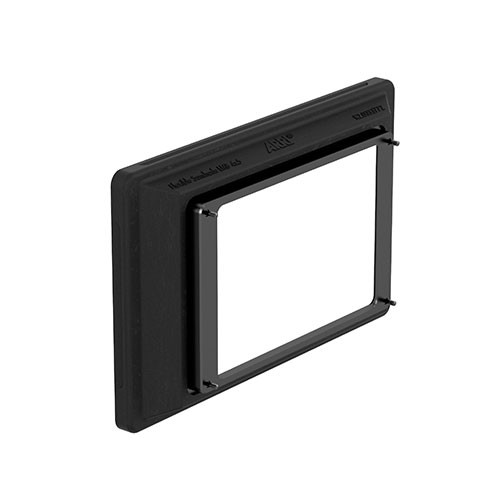 The flexible sunshade consists out of two parts: The rubber sunshade itself and a aluminum frame with four screws to fix the system to the LMB 4x5 instead of the “standard” sunshade.

The rubber part can be detached in seconds without using any tools. The dimensions of the Flexible Sunshade are exactly the same as those of the plastic sunshade so the same hard mattes from the LMB 4x5 (spherical and anamorphic) can be used.

Advantages of a rubber sunshade: